The Unity animation system is based on the concept of clips, which contain information about how certain objects should change their position. Information about how they should rotate, for example. There are also many other variables that are activated depending on the flow of time. Each clip can be treated as a single linear record. Animated clips from external sources are created by artists or animators using third-party tools such as Autodesk 3ds Max or Maya, or come from motion capture studios or other sources. On our website, you can find a wide collection of different animations that you can apply to Unity projects. More precisely, here you can download character voiceovers, weapon shots, music, effects, interface sounds, environments and much more for free (and without registration). Add our site to your browser bookmarks so you won't lose access to it! 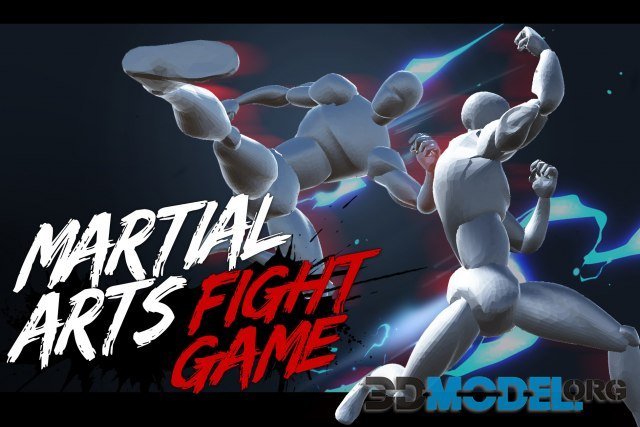 So, if you're wondering why you need animations for Unity at all, we can tell you that you can use them to animate locations and backgrounds. For example, to make:

Animations when developing games on the Unity and Unreal Engine engines are also often added to interfaces. This includes shimmering health and mana scales, stamina, and various shiny buttons (which usually show the cooldown on abilities in RPG or MOBA games). In fact, even such simple at first sight in the form of a rotating icon instead of a simple and boring inscription "Loading..." will decorate your game project.

If we talk about the process of developing animations in Unity, they are created primarily with the help of:

A script changes the parameters of an object under certain conditions: updating the scale, adding color, and so on. Something more advanced is done with frame animation, where for different object states (standing, walking, jumping, attacking) several sprites (two-dimensional images) are created, which change each other at a certain interval. And finally, the hardest part. We are talking about the last point, namely the skeletons. They allow you to use a single sprite and then set it in motion by changing the position of the individual parts.

We've already established that animations are created mainly for characters. Any character begins with understanding how it should look, what impression it should make on the player, and what abilities it should have. If everything is clear with the main characters - the player, as usual, should feel a connection with the character (well, in most cases, at least it is relevant for the games with a first-person view), then with the opponents not all and not always simple. The only obvious thing - they should cause a pronounced sense of danger. As an example, we can take some zombie or ghoul. For example, imagine that you want to create a fast zombie, from which it will be difficult to escape. Such an undead that has a tearing and whipping style of fighting, can quickly shorten the distance. Something muscular, toothy and very scary immediately comes to mind. And so, when you have downloaded a similar model from another section of our catalog, it's time to animate it. And this is a really important, complex and responsible stage.

Development of animations begins with a concept, discussion and search for a vector of development. Before you start the direct development, or something to download from our site, you need to clearly define what you want to see as a result of the character. Think about how he should behave, how to react, etc. On the example of the previously taken zombie, you can see and analyze how the whole process of animation – from planning to finalization within the engine Unity.

Since we previously specified that this zombie should be fast, whipping, and very dangerous, it is logical to endow it with appropriate skills. For example, to jump sharply on a character, greedily gnawing into him. To create such animation (and in this particular case it will be complex and really complicated), you need to calculate many aspects. First of all, we are talking about the distance that the zombie will travel before reaching the player and about the timings.

Work on the animation will begin with the fact that the game engine will create a functional sketch of the animation, which will be present all the requirements of the design. And on the basis of this sketch is carried out with finalization.